Tracey Hopkinson, HR Manager, explains why she chose to become an I Care… Ambassador.

“My role at Springfield Healthcare has evolved a lot. I started out mainly looking at HR and recruitment, but now a lot of my time is spent helping the community. Health and social care is the biggest growth industry that we have, so I was tasked with creating a network out in the community. One of the best ways that I could find to do that was by becoming an I Care… Ambassador, so that I could nurture and support the workforce of the future; do a bit of myth busting, and just help people along their way.

Before I became an Ambassador, I worked with the Department for Work & Pensions, helping to get people back into work, and then I was asked by a couple of the colleges who have Health & Social Care in their curriculum to go along and do some talks. After gaining this experience, my manager at Springfield Healthcare thought that it would make me a good candidate for an I… Care Ambassador, and it is one of the best things I ever did.

We can train skills; we know that. We can train moving and handling, and we can train first aid, but you can’t train empathy, and that’s the quality that we need to instil in the young workforce. It’s not necessarily the qualifications you’re going to come out of university or school with that are going to carry you through, it’s personal traits too. It’s not the fact that you’re the top of the maths class, it’s the ability to converse on a personal level with people like GP’s and social workers, but also the person in care, and their family.

Personally, I am very passionate about people getting the care they need, and to a good quality standard. So, as an I Care… Ambassador, if I can help the care workers of the future provide that, then that’s brilliant.

In terms of Ambassador events, I’ve done a couple where you’re on a careers panel, and young people are able to ask questions about your role. As HR Manager at Springfield Healthcare, I’ve also been involved in conducting mock interviews. It really does feel like these events make a difference, because it’s bringing the reality of the job role to individuals that could be teetering on the edge of which career route to go down. You’re helping people to make really important life decisions, sometimes they just need some encouragement and support to have the confidence to make that decision.

I once had a wonderful child ring me, and they were full of questions on the phone as they’d been invited to their first interview and were unsure of what to do or say. I went through a mock interview with them, helped them with answers that I would have expected were I to interview them, as well as giving some more general pointers. Then, a week later, she phoned me and told me that she started work on Monday! That feeling was amazing. I helped her do that, which is so rewarding.

When participating in I Care… Ambassador activities I always think back to when I was at school. I had a very inspirational English teacher, and I always remember his words of wisdom – “never start a paragraph with the same sentence twice”, and “think outside the box”.  He inspired me, so I thought that if I could be inspirational to the future workforce, then it’s all worth it, and my job is done.

When I come across a social worker in ten years’ time, and I ask them “Why did you choose this industry?”, maybe they’ll answer, “I spoke to you when I was 18”.” 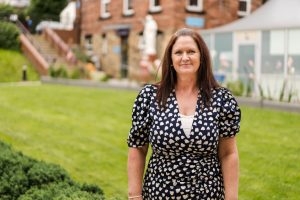 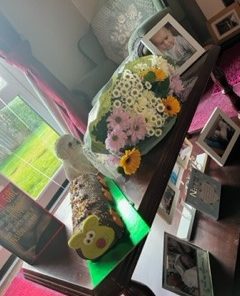 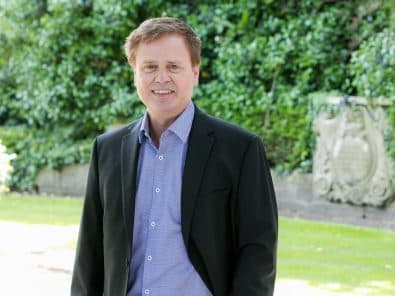